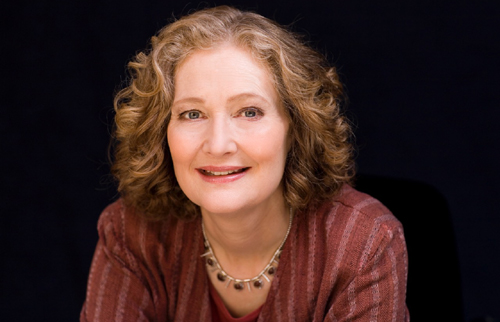 „Singing is a buoyant thing“

Legendary British soprano Dame Emma Kirkby is a special guest at the Kölner Fest für Alte Musik in Cologne for the third time. With her beautiful voice and her deep knowledge of old music she will take part in a scenic performance of the seventeenth-century masque „Cupid and Death“ (1653) with music by Matthew Locke and Christopher Gibbons, and she will be performing with fellow singers and a choir the „Musikalische Exequien“ by Heinrich Schütz, a notable 17th-century requiem written during the Thirty Years‘ War.

choices: Dame Kirkby, how are you holding up with all the viruses going around?
Dame Emma Kirkby: I don’t even know about that.

We have a flu epidemic in Germany.
Oh, is there? There‘s always flu epidemics all the time. So far I have avoided them.

You have to be particularly careful, don’t you?
Well, yes, I take Echinacea reguarly.

What can we expect from this musical play, „Cupid and Death“?
Comedy, tragedy, color, sound, surprises. It’s an archetypal story – it’s about love and death, and they are personified. Death is mostly dancing and very powerful. But the story is of course that something goes wrong and their arrows are exchanged. So whoever Love shoots, dies, and whoever Death shoots, falls in love and becomes rejuvenated. So the world is turned upside down. I am Mother Nature, and I am quite shocked by all this: I know what Cupid and Death should be doing, and it’s not this! I am horrified of the death of all my children who should be young lovers.

So the story interests you as well, although you don’t do a lot of opera.
I don’t do opera, but there’s drama in all song. I’m always responding to the story that any song is conveying. So I would say I embody the text of a song – I use my whole body and persona. If I‘m required, I try and walk into that role. If I am just somebody expressing sentiments we all feel, then I just want to share them. But even that presentation is an act, in a sense. If you want to sing a melancholy song, you can’t actually sit there feeling miserable yourself – singing is a buoyant thing. And so you have to relish the beautiful way that that sad sentiment is expressed.

We have got tragedies in this piece – there are deaths. But it’s a pantomine, it’s a masque. So these are things that do affect us all, it’s quite touching, but they’re not real. We are figuring them. The word „masque“ means two things. One is this genre – a mix of words and music. The other is a mask, which is put over the face to make it look different. And so, in a sense, that’s what this piece is doing. It’s finding a new way to disguise – and then reveal – things we know about, which is love and death.

Will this performance under the direction of Adrian Schvarzstein be anything like it would have been in the 17th century?
Well, we’ve got the instruments, as close as we can. We therefore have the voices that we hope convey the text which is quite complex and requires a speech-style delivery and needs to balance the instruments. From there, I would say it’s a modern take on it. Adrian Schvarzstein is a very inventive producer. He’s aware of fundamental truths and archetypes, so what’s he’s doing is based on something older than the 17th century. But at the same time he is bringing it up to date. We use more or less modern clothes, I think – I haven’t seen them all yet – and he has taken the story as it’s told in the original version, which has a lot of talk, a lot of English words of characters that bring about the swapping of he arrows… That’s all very word-based, and it’s just not very sensible to take that to another country, even to Germany, where you all have such incredible command of English. This is 17th century English, it’s not entirely clear even to us.

So some things we make as clear as possible, but I think what Adrian has decided to do is to unveil the "progress" of the story with visual things rather than with long explanations. There is no speech – it’s either sung or it’s represented in dance. He has also slightly changed the original shape of the story. He begins by – because we are in a church anyway – having it set up for a wedding, but, oh dear, the priest has made a mistake. There‘s supposed to be a funeral at the same time. So you’ve got some comedy there, except when the funeral comes in – that’s a genuine side thing – we have to honor that too. So from the very start you’ve got the love and the death intertwined, if you like. I begin as the grieving widow. I then sort of morph into Mother Nature. And Maria Jones begins as the bossy and ineffective wedding organizer, trying to make everything work, but failing, and then she turns into Cupid. And then Death is Jūrate [Širvyte-Rukštelė], a fantastic dancer, and together with Adrian she’s choreographed the whole thing. She sort of moves in and out of everybody, affecting them.

So I would say it’s a unique version but it’s one that has veracity. I don’t think it distorts the intention of the original.

Since you’re mentioning funerals, you will be singing a requiem by Heinrich Schütz next week.
To be honest, I don’t know that piece. I love Schütz, but I‘ve never sung that piece. I’m happy to say that Bethany Seymour who is the other soprano here and a very fine singer, she’s done it quite a few times. I’ll be glad if she can show me around if necessary. But I do enjoy such things – that would be a straight concert.

The International Women’s Day will take place tomorrow. Does this have much importance for musicians?
Interesting point. It is for composers, I think. For players, these days, I’m not sure it matters terribly. I do remember as a child, there was one orchestra in London that was only men – apart from the harpists, because they couldn’t find any men to play the harp. And that’s all changed. I think there are still some issues, but on the whole, with music, I think we’ve been pretty lucky really, and especially as a singer, there’s a range of notes that you have to do. If some men want to try singing my parts, well fine, good luck to them. They might have been castrati anyway, or something.

So I think there‘s nowhere near as much gender discrimination in music that you find in other areas. There’s just the everylasting thing of, if people are young and pretty, they might— I’m aware of one orchestra that has decided to have blind auditions for new players, and it was quite interesting what that revealed. Certain times that people might have gotten a part because of how they look – that danger was avoided by having the blind auditions.

Is there something you’d like to say about the Brexit?
Oh, what can you say? Look here—

For musicians it might not be much of an issue.
Oh, it is. It’s very distressing. In fact, I have young colleagues who, in the early days of that referendum, started seeing their contracts in other countries of Europe, that they thought were fixed for two years hence, suspended, or the producers said, „It may be too much trouble to get you.“ I think they probably will suffer a bit. And certainly us musicians, we really want to play and sing with who we like! I feel my younger colleagues are worried about it. I mean, I’m 69 years old, I don’t know how much longer I’ll be traveling around, and I’ll be meeting friends who I already know are not trying to get work anymore – it’s a different thing. No, I think it is tough for everybody. We hope that the people who are so keen on Brexit, if it does go ahead, will put the safeguards in place for at least civilized relations with anyone. We don’t know. Most of us don’t understand why it happened. It was a very close vote, we know that. It was just one question asked without any explanation.

And you live around London, right?
London and the south were mostly against it. Though not entirely, because it pointed up problems in our society, no question. Those are the things we should be addressing.